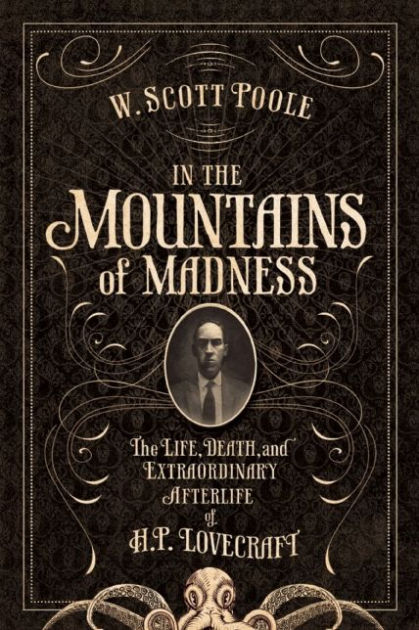 In the Mountains of Madness: The Life, Death, and Extraordinary Afterlife of H.P. Lovecraft, by W. Scott Poole, came out last fall, just in time for the spooky season.

The three main chapters are:

From a childhood wracked with fear and intense hallucinations, Lovecraft would eventually embrace the mystical, creating ways in which his unrestrained imaginary life intersected with the world he found so difficult to endure. The monsters of his dreams became his muses. Yet, Poole insists that Lovecraft was not the Victorian prude who wrote “squishy monster stories for boys.” Rather he was a kind of neo-romantic mystic whose love of the 18th century allowed him to bring together a bit of Isaac Newton with a bit of William Blake in a real marriage of heaven and hell.

This may end up being one of the two textbooks for our upcoming H.P. Lovecraft class over at Dark Side University, depending on the quality of research and writing.

Let's take a look at some of the reviews:

In the Mountains of Madness at Goodreads

In the Mountains of Madness at Kirkus Reviews

In the Mountains of Madness at Lovecraft Zine

In the Mountains of Madness at Publishers Weekly

You can also read an interview with the author over at Paul Semel's blog.