Freak Show Costumes for the Daring and Bold

As you probably have noticed, I don't mix with clowns. So there's a high probability that most freak show costumes are going to be a bit terrifying to me! Take a look at some new freak show costumes this year for your creepy circus Halloween theme party this year. Clowns, freaks, and animals, oh my! 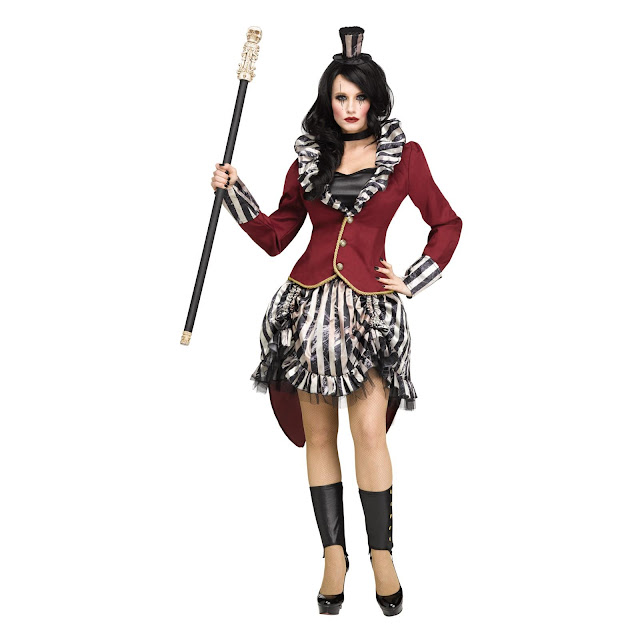 You can't have a circus without the ringleader. I like that this costume isn't terribly simple, but actually quite mischievously adorable. The skirt is really unique. I like how it billows out a little bit. 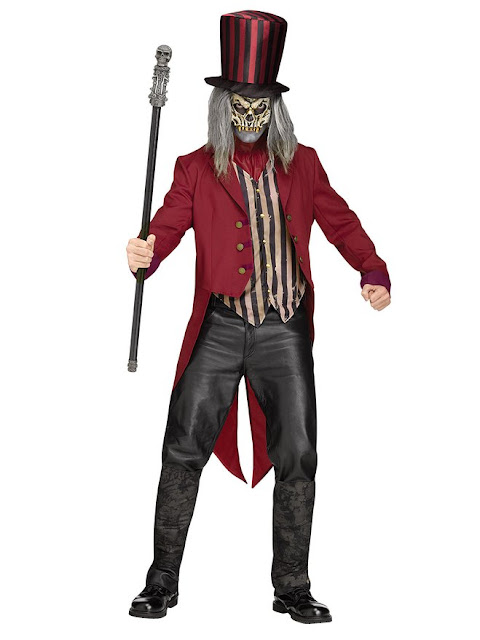 What do you think is better than a creepy circus? A circus for the undead, of course! You can dress up in this skull ringmaster costume and have a whole zombie or skeleton act. All who are dead are welcome! 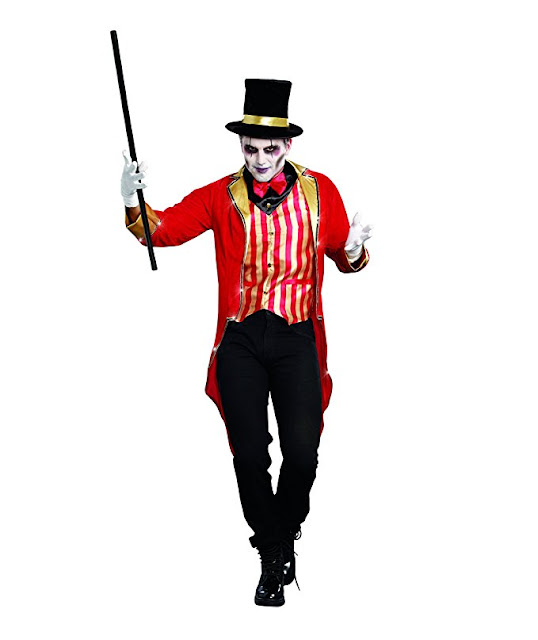 You can dress up as a pretty typical ringmaster too if you aren't feeling the undead circus theme. It can still be a very unsettling costume if you use really sinister makeup! 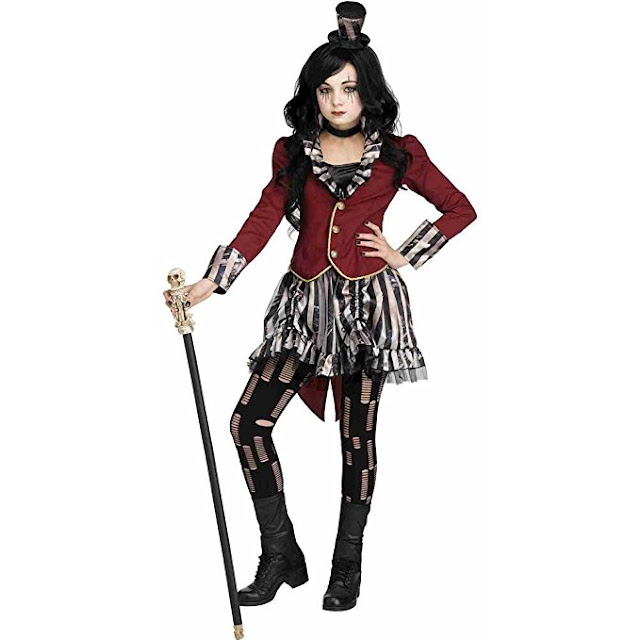 The kids can get in on the fun by dressing up in a ring master costume as well! The darker colors for this particular costume make her seem a tad evil. I would be expecting a really spooky magic show if the ringmaster looked like her! 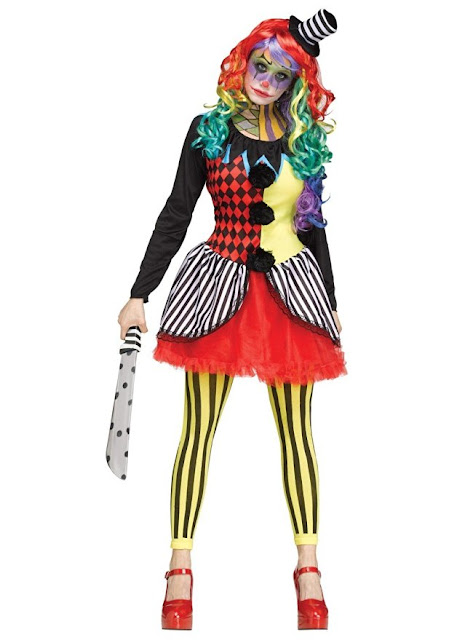 This killer clown costume isn't too creepy. In fact, it might even be welcoming! Perhaps that's the worst part? She looks incredibly psychotic. That polka-dot sword definitely doesn't do her any favors.

I can't imagine a giant black and white clown looming over me like this killer clown costume looks. It's rather large and would seem like he would be able to squeeze you until you pop. It's really terrifying!

This clown costume is actually really fun looking. Probably my favorite feature about her is the wild hair. This is the least horrifying clown costume I've seen, but it would be a great option for a circus Halloween theme. 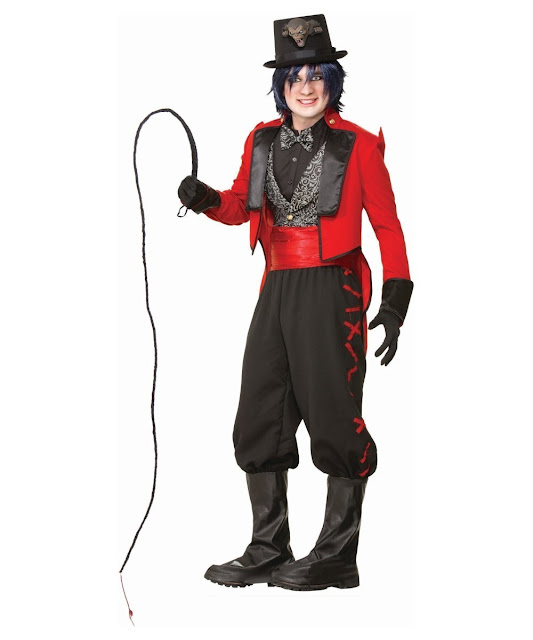 Aren't you disturbed by this guy's expression? The lion tamer costume is a must-have in order to complete your whole circus performance. Perhaps someone can dress up as an undead cat or a were-lion to make it extra spooky! 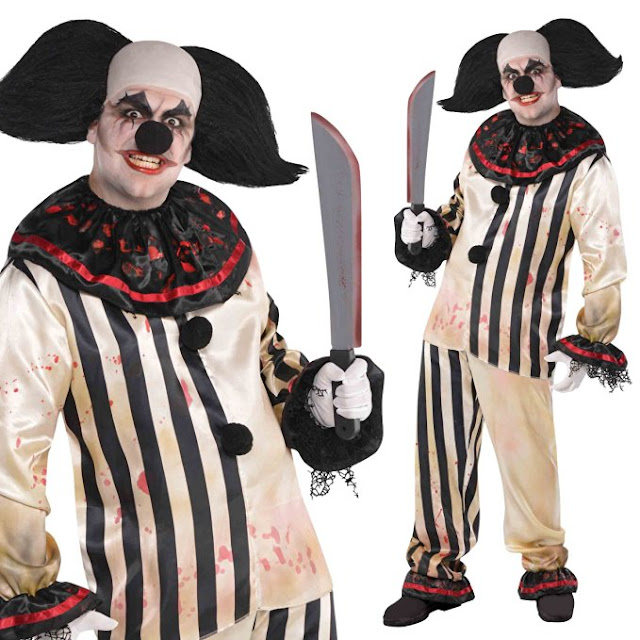 Finally the classic killer clown costume. Put some black and white face paint on to look like the model above. I would even splash some red paint on my face to look like I recently murdered someone. This is the costume that creates nightmares!

What do you think of these freak show costumes? It would be hard for me to wear any of these at any event. I'd feel bad for looking so scary!

Make sure to comment below and tell me what your thoughts are!