Why can't the kids just be satisfied being a witch or a mummy? I have a feeling we're going back to our roots and making an effort to actually scare each other. I know that if I saw any of these children's costumes I might freak out. Mostly because it's something I haven't necessarily seen before and I don't handle masks very well. I have a few nephews (and even a niece) who would love some of these to scare the adults in their neighborhoods. 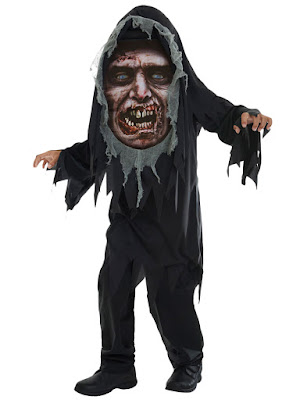 I know by showing you this dead walker costume I've ruined the freaky factor. You have to admit though, if you opened your door to find this massive zombie face, your stomach would just drop. Maybe I've watched too much of The Walking Dead, because I would definitely scream. 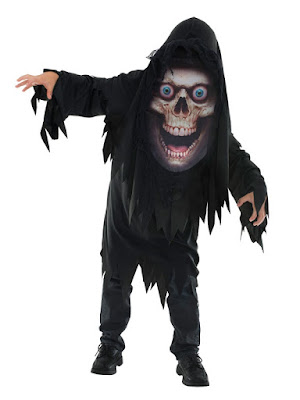 This reaper costume is very similar to the costume above. This is an easy costume that kids can throw on effortlessly. Those eyes staring at you when you first swing open the door would be so ominous and disturbing! If the Grim Reaper looked like this, I would not be begging for him to knock on my door. 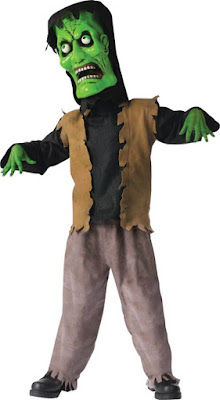 I think someone would probably freak out if they saw this bobble head monster costume on their front porch. Admittedly, I would probably laugh - it looks hilarious. You can up the spooky factor if you have a kid that really loves theatrics. If they can walk the walk and do the Frankenstein grunt, this could potentially be a very frightening costume! 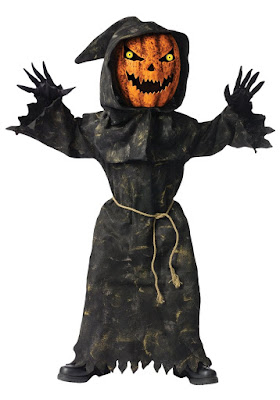 I really want to see this pumpkin costume in action. It apparently has bobble eyes, which would initially startle me if I saw it. No one wants to see moving and leering eyes peering at them! This is another great costume for kids that just want to throw on something easy during Halloween. Plus being a scary pumpkin is kind of a unique costume idea.

These are all very different from what kids normally pick for a spooky costume. I think I'm tired of seeing a mini Ghost Face or sinister clown (definitely done with those!) Check out more scary children's costumes on Amazon. There is plenty of time to find your kid's perfect costume, so at least you'll get some ideas!

Comment down below and tell me what you think of these costume options. Have you seen anything like these before?