I am really liking the idea of having an Alien themed party this year. It's one movie series I actually can sit through and binge watch the whole day. Maybe I live under a rock, but I haven't been to an Alien Halloween party yet. I honestly think that Aliens is one of the freakiest movies out there! I know there are a lot of Alien fans who would appreciate those awesome alien cookie jars I blogged about not too long ago. Now you can even get some really elaborate Alien and Predator bust banks! 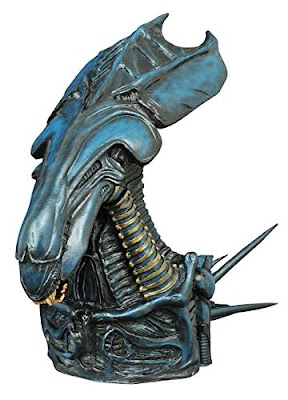 This is the Xenomorph Queen bust bank. One of the most pivotal moments of that movie is when Ripley finds the Alien queen and goes pyromaniac and burns her alien babies. If you know enough about any animal kingdom and mothers... burning children is not cool. You can imagine how the rest of the movie went after Ripley's hardcore moment. What a great way to express your love for the Alien Queen with this creative and awesome bust bank! 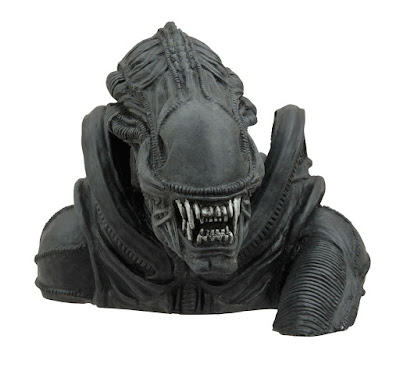 Having one of the Alien warriors guarding your cash might not be a bad idea. This Alien warrior bust bank is really a spectacular piece. If anything, I would have it just to look at. I know if I had any of the kids over for a sleepover and this was out in plain sight, there would be a lot of screaming. I wouldn't be surprised if there were possible nightmares. One of my nieces watched the Alien movies way too young (she's an adult now), but she remembers that she used to tiptoe around the house at night so she could "sneak by" the Aliens. 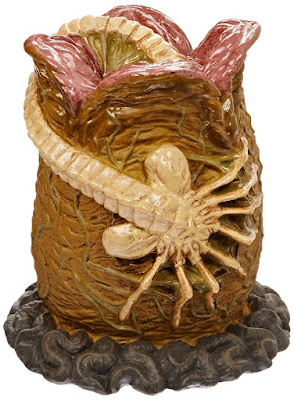 Don't you want to stick your hand in this Alien egg money bank bust? I always wondered what the inside actually looked like, half the time it's just glowing and sticky looking. Pretty gross. Now we can see how the artist interprets what the inside of these gross eggs may look like. Apparently that's where money needs to go! For some reason I think face huggers are creepier than the actual Alien itself. Maybe because it's so skittish and sneaky? It's probably the fact that it's stuck on your face, laying eggs... for however long. It's too long, for the record. 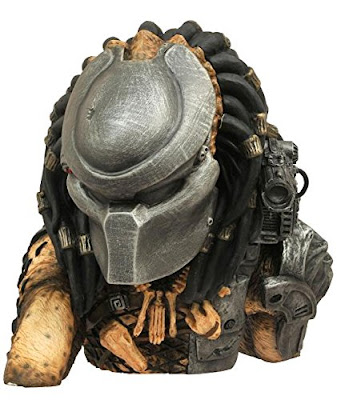 Just be grateful that this Predator vinyl bust bank has his mask on and not the other way around. Predator is at least something that is more understandable than Aliens. Aliens are like acid bugs, Predator is just a killing machine. It would be cool to have this bust bank and the Alien warrior bust bank next to each other. It would be a great way to commemorate some of the best horror science fiction classic movies out there.

These are all great ideas for an Alien themed Halloween party. Not only that, but these would make great gifts for people who are obsessed with Alien or Predator lore. It's hard not to admire the craftsmanship of all of these Alien and Predator bust banks. They're creepy, accurate, and beautifully done! What do you think of these bust banks? Comment down below and share your thoughts!