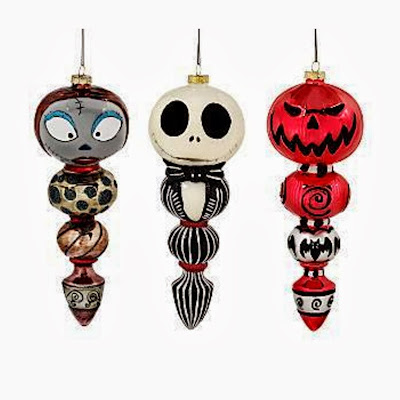 This set of three Nightmare Before Christmas ornaments features Jack Skellington, Sally, and The Pumpkin King. It was made in 2007. 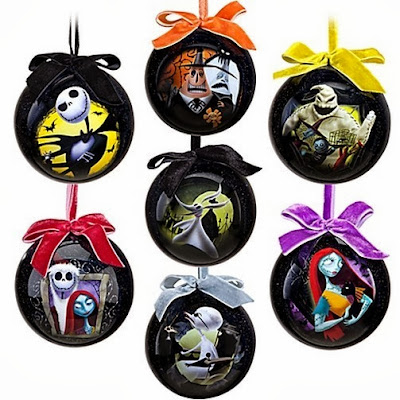 This boxed set of Nightmare Before Christmas ornaments contains 7 different ornaments. They hang from orange, black, red or purple velvet strings. The set was produced in 2011. 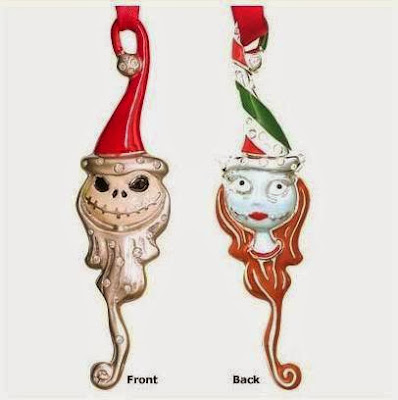 This Swarovski ornament shows Jack Skellington on one side and Sally on the other.

This NMBC ornament depicts Jack's dog, Zero, sitting on top of a tombstone. 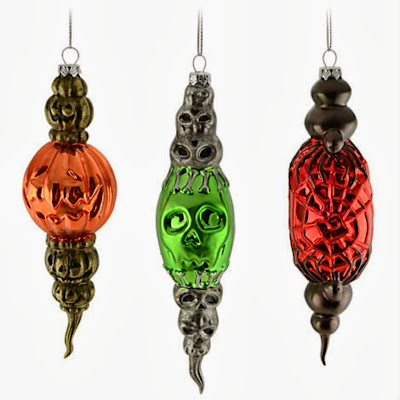 This elegant set of Haunted Mansion ornaments shows a jack o'lantern, spider, and skull. They're inspired by the Tim Burton movie theme that decorates the Haunted Mansion, but don't directly depict any of the film's characters. 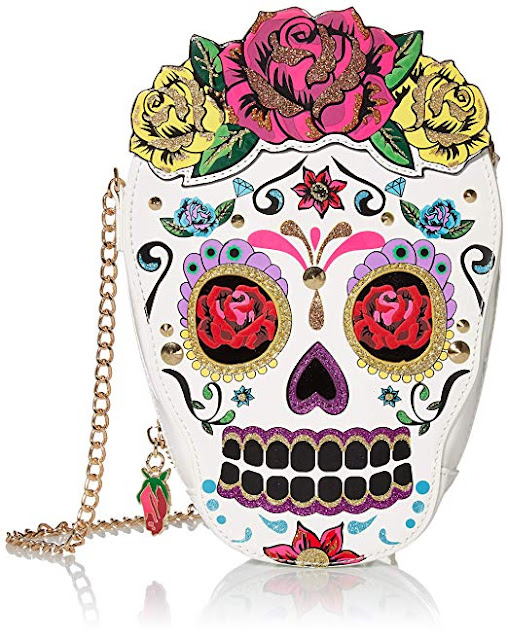