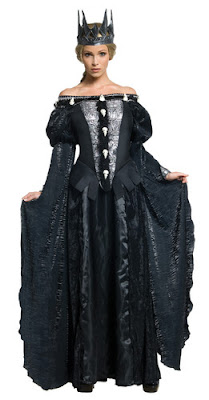 There are a couple different variations on Ravenna costumes for adult women, mainly based around the differences in gown style and headwear. You would probably want a blonde wig in either case if you were trying to accurately mimic the movie character. Also sold on Amazon.

There are two different versions of the Ravenna costume for tweens, as well. Also sold on Amazon. 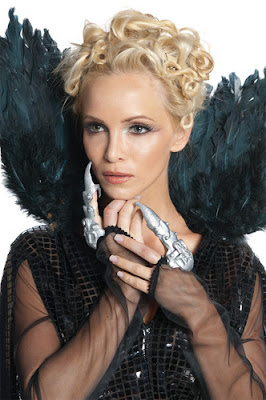 Check out the cool fingertips accessory you can get to go with your Ravenna costume! 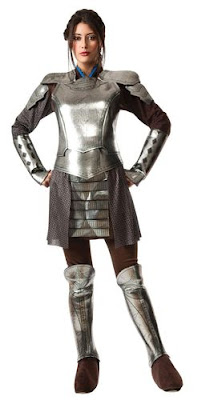 Let's hope the Snow White armor costume is comfier than it looks. Also sold on Amazon.

If you want to wear a more rustic costume, here's Snow White in the woods garb. Also available on Amazon. 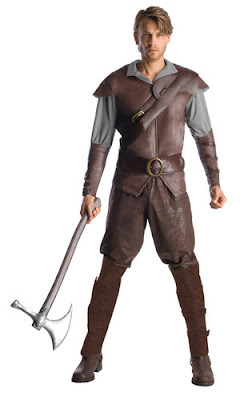 And for men, here's the Huntsman's costume. Ooh, beefcake. Also sold on Amazon.