Not Your Typical Zombie Costumes

I'm really bored of shambling over-bloodied rotting zombie costumes for Halloween. Nothing wrong with them, but I've been seeing far too many of them the last couple of years. I'd like to see a bit more creativity put into zombie costuming, so I'm taking a look around the Internet tonight to see what's out there now. 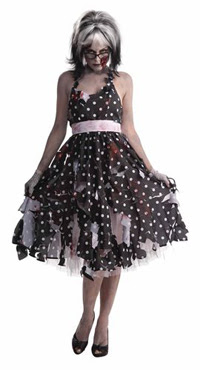 I like that this zombie housewife costume isn't totally covered in blood - that's unusual for a zombie outfit. The wig and glasses aren't included, nor are the pumps. Those really help make the costume work. The costume includes the crinoline and belt though. 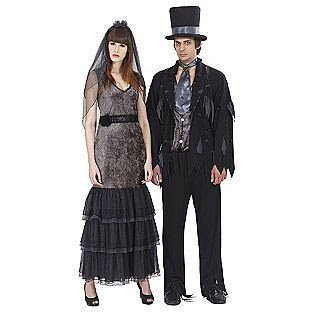 I'm not sure how excited I am about this zombie bride and zombie groom couples costume. I love the concept, but the execution of these particular garments would really require great face makeup. The clothes just aren't tattered enough I guess. I'm not sure people wouldn't just take this for a "Goth bride and groom" couple costume. 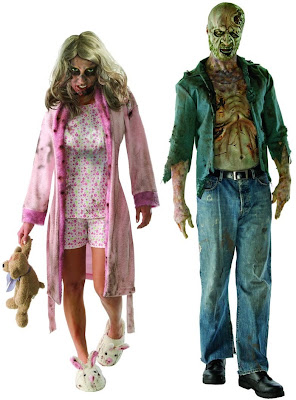 Here's a zombie couple costume I like better. It's obvious what they are, but not so trendy I've seen this same costume a thousand times. You could easily add your own touches, too, to make it even more individualized and tweak the goriness to your preference. 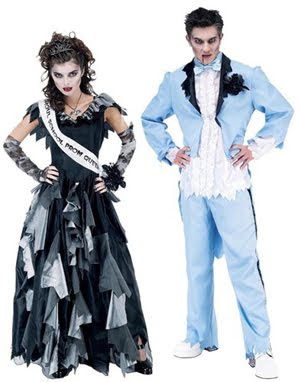 This zombie prom king and queen couples costume just makes me giggle. I think this would be a really fun costume for teenagers to wear to demand candy at strangers' doors. 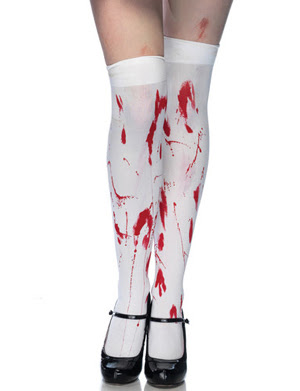 I learned the hard way that it's better to have fake bloody stockings than try to make them yourself with sticky, icky fake blood that drips and smears on places you don't actually want it to (like your car seats, couch, etc). 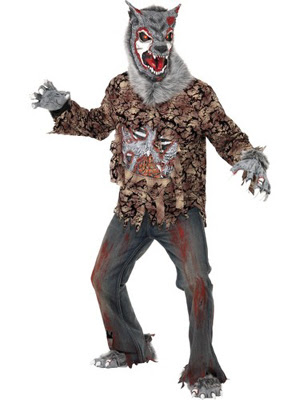 What's scarier than a werewolf? An undead zombie rotting werewolf! 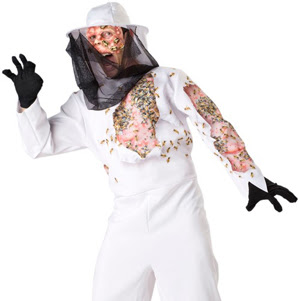 I'm not sure how often beekeepers get zombified, but I have to admit this is a pretty inventive, unusual costume! 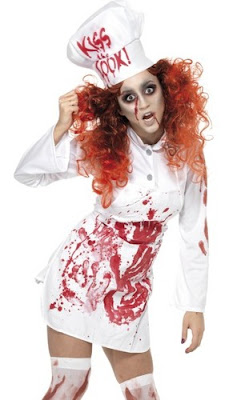 I'm not sure real chefs wear thigh highs and a super short miniskirt. But anyway. 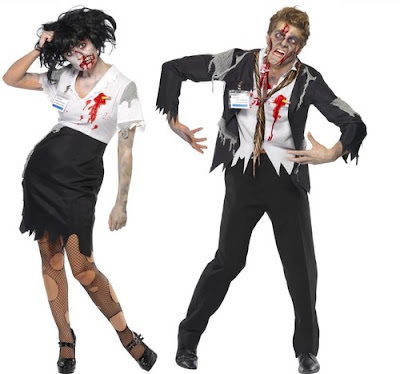 In this zombie surgeon costume you could run around threatening to operate on people's brains. I've seen far too many zombie doctor costumes, but this one is the creepiest. 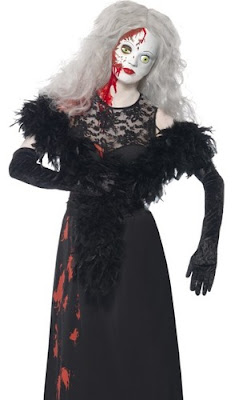 This zombie actress costume does come with the creepy mask.