Board Games for Halloween Parties 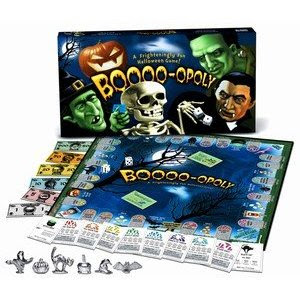 Boo-Opoly is a Halloween-themed version of Monopoly where you collect haunted houses and trade them in for full moons, instead of houses and hotels. A nice long game you can play while waiting for trick-or-treaters to stop coming to the door later at night. The silver player pieces include a ghost and a bat. Also available on eBay. 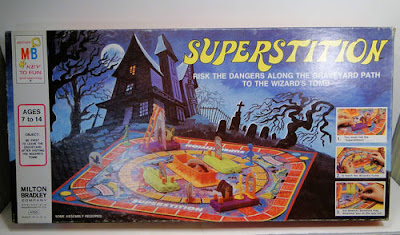 I love dorky vintage board games like this! This is Superstition, by Milton Bradley in 1977. The goal is to make your way along the graveyard path to the wizard's tomb. 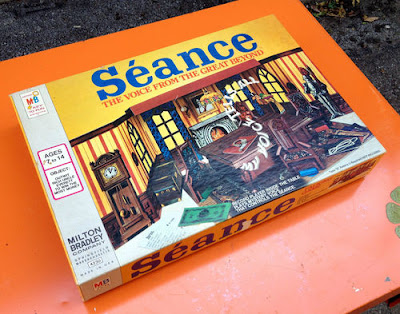 "Seance" is another Milton Bradley game, this one from 1972. It comes with a record you could play to add creepy sound effects to your gameplay. Check out the playing board - it unfolds into a 3 dimensional scene of a seance table in a room. That's pretty cool! 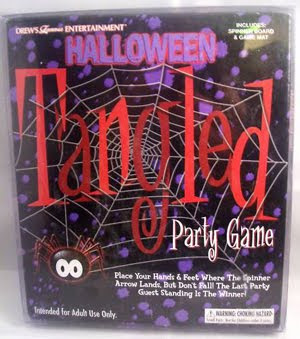 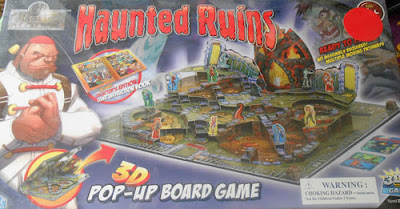 "Haunted Ruins" is a 3-D pop-up board game of the roll-dice-and-move variety.

In Oh No, Zombies you try to keep from becoming one of them. 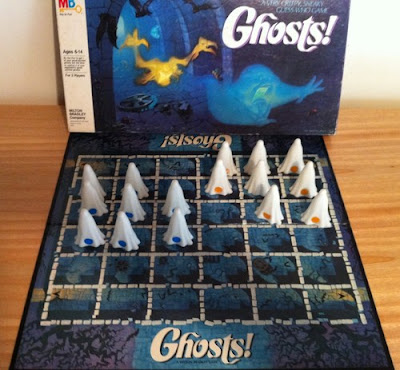 This copy of "Ghosts" doesn't include an instruction booklet. So you could just drunkenly make up your own rules, or play it like a haunted version of Checkers.