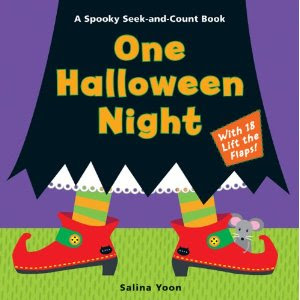 "One Halloween Night" is described as a "seek and count" book. It has flaps you can lift to peer at the little spooky creatures that inhabit the book. 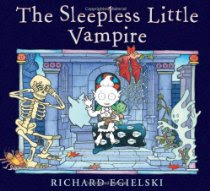 "The Sleepless Little Vampire" has adorable artwork, and tells the story of a vampire who is too scared of the day creatures to go to sleep in his coffin. 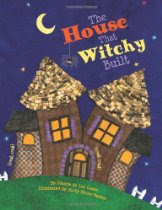 "The House that Witchy Built" is a rhyming book featuring a ghost, a bat, a cat, and a skeleton. 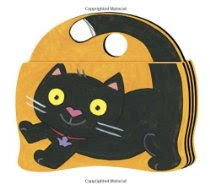 Clackers Cat is a board book for tiny babies. Their little hands can manipulate the pages to see more of the Halloween black cat. 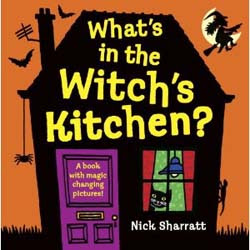 "What's in the Witch's Kitchen?" is for ages 4 to 8. You can pull open parts of the book to peek inside various appliances in the kitchen. 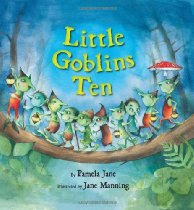 "Little Goblins Ten" is a remake of some children's book I've never heard of called "Over the Meadow." It rhymes and has a Halloween theme. I find the goblins a nice refreshing change from the usual bat, witch, ghost books for children. 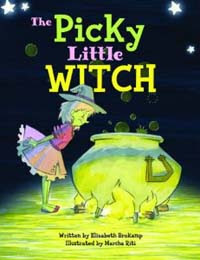 The Picky Little Witch doesn't like to eat anything her mama stews up for her in their creepy cauldron. 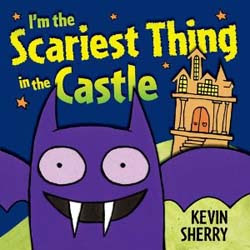 "I'm the Scariest Thing in the Castle," boasts a little vampire bat in this book for toddlers. The other creepies who live in the castle try to prove him wrong. 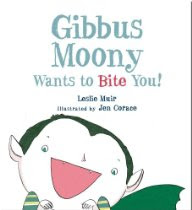 A little boy is just growing into his vampire fangs and isn't sure what to use them on, in Gibbous Moony Wants to Bite You. Ages 4-8.