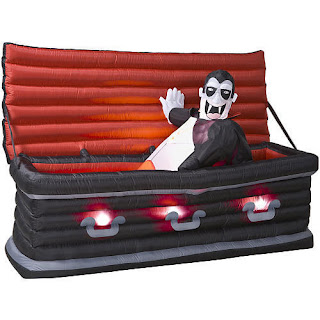 I haven't been a big fan of holiday inflatables. They're noisy, distracting, and everybody seems to have the same damn trendy one in their yard.

This inflatable animatronic vampire might change my mind though. He opens his coffin and sits up in it! Now that's cool!

It's also available on eBay. 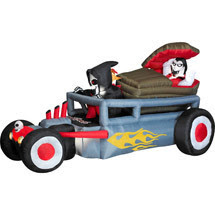 Here's another unusual inflatable you won't see everywhere: Death driving a vampire hearse. The vampire looks a bit gleeful, too! 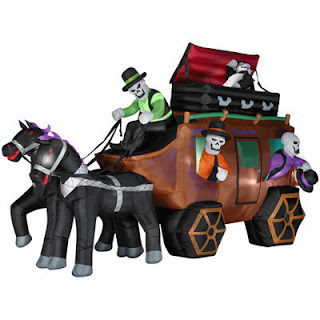 I wasn't aware there was much room in the marketplace for crossovers between Halloween and Westerns, but here's a skull-driven stagecoach. 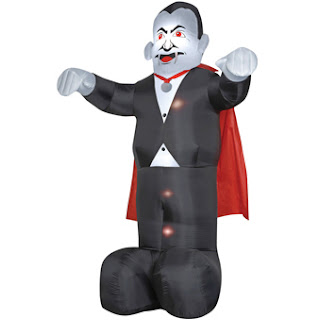 You'll probably see this standing inflatable Dracula a lot, but I still think it looks cool. 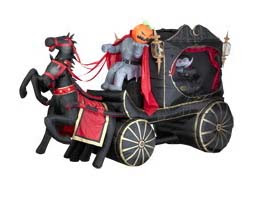 Dracula rides happily chauffered in the back of this Halloween carriage.