For Halloween 2010, here's a re-imagining of a wicked Oz. Each character has been transformed into something darker and more sinister. Great for a group theme costume! 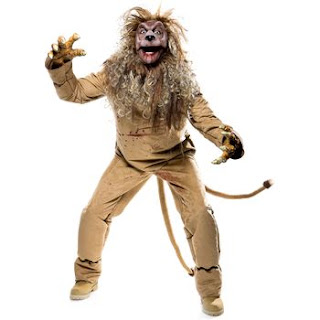 The Cowardly Lion isn't so cowardly anymore now that he's wicked. The costume includes the mask, mane and claws. The mask saves you from actually having to make grimaces all night yourself, so your face won't get sore. 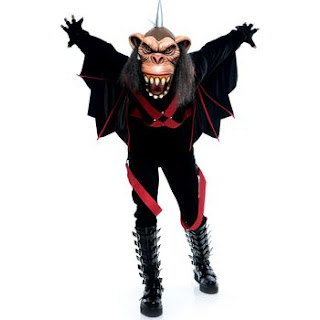 This Wicked Flying Monkey costume is actually downright scary. If someone jumped out from the bushes at me wearing this, I think I'd wet my pants! The creepy mask is included, but not the cool boots. 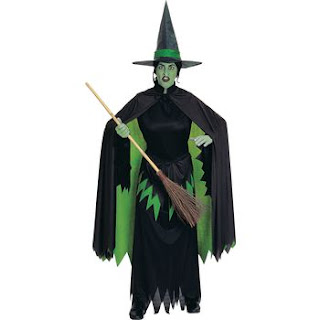 Not much was done to transform the green-skinned Wicked Witch. Turns out she's pretty damn scary all on her own. Her costume has just been given some edges and petals. 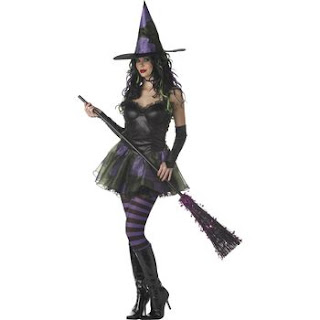 The Wicked Witch of the West got glamorized with this black-and-purple themed sexy outfit. The hat is included, but not the sparkly broom. There's also a plus-size Wicked Witch costume, but in black and green. 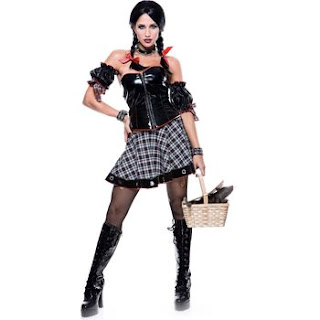 Sweet little Dorothy Gale from Kansas gets sexed up into Wicked Mistress Dorothy. It doesn't come with the basket or the fishnets, but I bet you already own a couple pairs of nicely ripped fishnets. 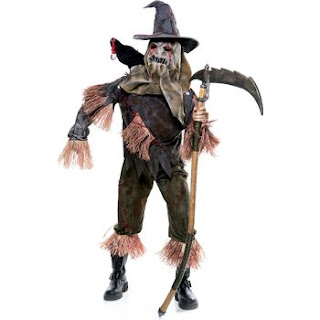 The Wicked Skarecrow costume comes with the mask and hat, but doesn't include the creepy sickle or the crow accessory. 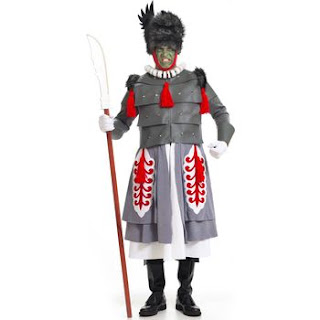 The Wicked Witch's Guard costume is magnificently frightening. You're on your own to find a glaive to accessorize with - I'm sure you'll find something nicer that doesn't look like a plastic rowing oar. 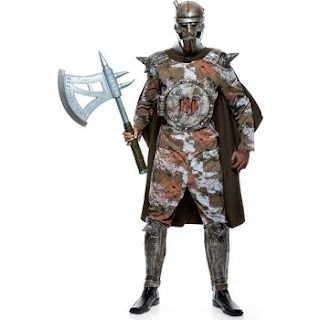 The costume from this series that I'm the least impressed with is the Wicked Tin Woodsman. I know it wouldn't be practical (or comfortable) for someone to wear a tin suit all night during a Halloween party. But I really don't think anybody would know what you were dressed as when they saw you show up in these camo pants and a weird fake metal visor.